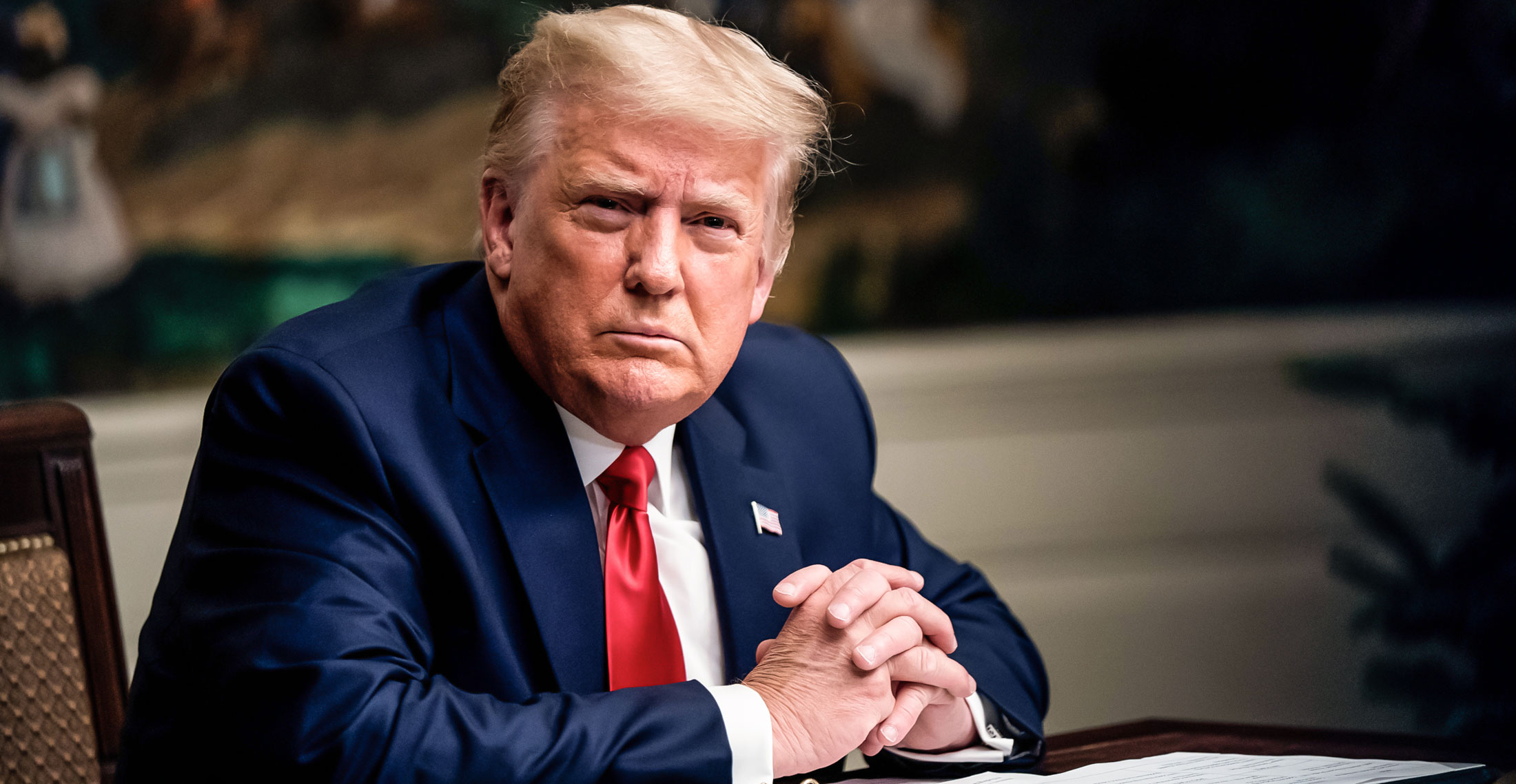 Have We Been Fair-weather Friends of Donald Trump?

While Donald Trump remains the frontrunning, potential presidential candidate in the GOP, an increasing number of Trump voters say they would prefer that he not run in 2024, myself included in that number. Are we guilty of being fair-weather friends of Trump, supporting him when he was in power but rejecting him now that he’s out of power? That’s certainly a fair question.

If Trump is your man, you obviously feel he has earned your trust and he’s the best man for the job. My intent here is not to argue with you or question your judgment.

But what about those of us who voted for him twice but would prefer another candidate now? Are we being fair-weather friends?

I’ll help you bring the charge against me.

You could argue that: 1) I was against Trump during the 2016 primaries, preferring any number of Republican candidates to him; 2) when he became the Republican candidate, I voted for him with both hope and trepidation in 2016, but primarily as a vote against Hillary; 3) I voted for him more enthusiastically in 2020 after watching him keep his promises for four years; 4) I distanced myself from him in the aftermath of January 6.

I’m sure it could appear like to that some, and for many people, perception is reality.

That’s why I wasn’t surprised at all when I was branded a Never Trumper and a RINO and weak and unpatriotic (and more) when I said that it was time for us to move on from Trump.

And, given the intense loyalty and the large number of Trump supporters, it requires backbone, not weakness, to swim against this vocally fierce tide.

To be clear, I am not suggesting for a moment that millions of Trump supporters are backing him because its convenient or easy. Not at all. I recognize their sincerity and I understand why they still believe he’s the best man for the job. And they still suffer reproach for standing with their man.

I’m simply saying that it’s a whole lot easier to keep one’s mouth shut than to call the failed Trump prophets to account. Or to state publicly that, while not legally responsible for the storming of the Capitol, he was morally responsible.

It has nothing to do with who the frontrunner is or who is currently in power.

It has everything to do with pro vs. cons, with gains vs. losses, with positives vs. negatives. And some things only become clear over time, which explains the chronological history of my attitudes toward Trump. Perhaps I speak for others here as well?

At the beginning, I didn’t trust him at all, assuming he was using evangelicals like other presidents had done before him, especially given his own wheeler-dealer, worldly background.

When some of my friends got closer to him, sharing their positive perspective with me, and when it seemed there was something uncanny about his ascendancy to the top of the pack, I lowered my resistance.

When it was Trump vs. Hillary, my choice was clear. Still, I had concerns.

Over the course of Trump’s presidency, in my view, the good outweighed the bad, and so I planned to vote for him again in 2020, with even more confidence than in 2016.

But in virtually every article I wrote speaking well of him, I also added caveats.

But this was not to “hedge my bets.” Instead, it was because I saw that our unreserved, wholehearted association with Trump as Christians was hurting our witness, not to mention hurting us too, as we seemed to emulate him more than we emulated Jesus. And I recognized the damage he could do.

To me, integrity required us to say (to give a case in point), “I really appreciated the president’s Mt. Rushmore speech, and it sent a strong message of racial harmony. But why did he have to shoot himself in the foot by going after NASCAR driver Bubba Watson only hours later?”

Then, as we got closer to November 2020, I became more deeply concerned.

There was a loud chorus of prophets guaranteeing four more years of Trump with almost cultlike support for their words.

There was an almost frenzied concern that, if Trump was not reelected, the whole country would collapse, as if only Trump could save America.

There was an increasingly unhealthy merging of the gospel with politics and of the kingdom of God with national patriotism.

Yet I still voted for Trump, without hesitation (after all, it was Trump vs. Biden), even as these other concerns grew.

Then, watching some of the rhetoric at Christian rallies leading up to January 6 – it was downright dangerous – and witnessing Trump’s failure to read the crowd or recognize the irresponsibility of his own rhetoric, I was convinced that we needed a very serious course correction. And that’s where I stand today.

I also agree with the assessment of Elon Musk, when he was asked where he differed with Trump on policy (since Musk expressed his preference for Florida Governor Ron DeSantis). He replied, “Yeah, but too much drama. Do we really want a bull in a china shop situation every single day!?”

Personally, I have deep appreciation for the good that Trump did and for his loyalty to his evangelical base, and I commend him for keeping his promises. There were even some things about his presidency that were exceptional.

But with so much collateral damage and with other viable candidates available, the same principles that prompted me to vote for him now prompt me (and many other, former Trump voters) to look for someone else.

You can differ with our assessment and think we’re dead wrong. Fair enough. Just don’t mistake us for fair-weather friends. Quite the contrary.

Speaking for myself, this is about loyalty to God, concern for the Church, and love for America.

OT posted a comment · Aug 13, 2022
“Yes we are looking for a President” President Trump! But yet you hold him to a different standard! Because it serves people to do so! I believe President Trump to be a in practice a dubious do-gooder : an earnest often naive humanitarian or *reformer* Read the Old Testament -Samson’s life is one of contradiction. He was a man of great physical strength yet displayed great moral weakness. He was a judge for 20 years and “a Nazirite, set apart to God from birth” (Judges 13:5), yet he continually broke the rules of a Nazirite. The Spirit of God came upon him many times, giving him great strength to fight the Philistines, the oppressors of the Israelites. This in spite of the fact that Samson was a womanizer and a vengeful man. Samson’s life illustrates the necessity of saying “no” to fleshly temptation, God’s use of even flawed, sinful men to accomplish His will, the consequences of sin, and the mercy of God. just sayin!!!

DebPJ posted a comment · Aug 13, 2022
https://momentoftruthsummit.com/ I invite everyone to consider watching the upcoming Moment of Truth Summit sponsored by FrankSpeech.com and LindellTV that will be broadcast on August 20-21, 2022. The 2020 election WAS stolen; there IS proof; and this is more than just one presidential candidate’s being “liked” over another. We are on the brink of completely losing all our freedoms, our whole country, and humankind as we know it is under vicious attack. Don’t overlook the heavy spiritual warfare that is going on—it is rampant!! Those of us who know the LORD as our Savior have been too content and sleeping far too long, and we need to wake up and to see the corruption that needs to go in America before we can help others!

Seidensticker posted a comment · Aug 12, 2022
*Friends*?! We're finding a president, not a drinking buddy. The moment you find someone more capable for the job, switch your allegiance.

A._catholic posted a comment · Aug 12, 2022
Former Pres. Trump maintains his personal power by dividing people against each other to the detriment of the whole (Jude 1:18-19); he frequently lies and falsely attacks others (Prov 17:7); he is a servant of money given to greed (Mat 6:24); he is guilty of sedition (1 Pet 2:13). No Christian should have ever voted for this criminal.

OT posted a comment · Aug 10, 2022
They are going after President Trump (invade Mara logo) while hunter biden selling vice pres daddy perks/influence peddling hey dem punks where’s the outrage? What a bunch histrionic hypocritical doofuses am I the only sane person that sees the duplicitous bs

czarpaul posted a comment · Aug 08, 2022
I too think DeSantis would be more polished and would be a better choice but like it or lump it right now this is Trump's party. Either Trump endorses DeSantis thus his supporters get behind DeSantis or DeSantis is Trump's VP and the runs for President in 2028. Plus given that if Trump get back in he would be only the second President, and first Republican, to serve two non consecutive terms that may appeal to people on the right as well as Trump's America first economic policies and his tough on China policies.

OT posted a comment · Aug 07, 2022
The Drama was purely a result of the democrats who were allowed to run amuck ..the false accusations and false narrative ! If Trump gets the nomination and runs and wins it will be God like the first time!

Swkh310 posted a comment · Aug 07, 2022
Why should the "Christian" Nationalists continue to support the Deranged Demagogue? He fulfilled the only promise they cared about, and the sole reason they sold their collective souls to the Devil in the first place: the Orange Monster successfully stacked the US Supreme Court, and put another 54 appellate judges on the federal judiciary. Those young, Right-wing zealot idealogues have solid credentials to prove that they will always put their faith before the Constitution. Why should the Fundamentals/Born Agains continue to tarnish what is left of their reputation in 2024?