You don’t need to be a rocket scientist or a prophet to know that, in the aftermath of Roe v. Wade, it’s going to get very ugly on the streets of America. As I tweeted, “The overturning of Roe v. Wade is revealing the real spirit behind abortion. It is murderous, violent, angry, and full of venom and hate. The attacks on churches and pro-life clinics are par for the course. Abortion has become a pseudo-religious rite; it was never a moral right.”

We know, of course, that not everyone involved in the abortion industry is dead set on evil. Think of the teenage girl who agonized over their decision to terminate her pregnancy, living with regret in the years that followed. But in the heat of the moment, she felt abortion was her only choice.

Or consider the parents wrestling with what to do with the report that their beloved, precious baby in the womb has a severe congenital defect, destined at best to live a few months or a year, and that in great agony. Is not abortion the merciful thing to do? Isn’t that better than watching your child die slowly in front of your eyes, dominating your time, taking you from your other kids, and destroying your finances?

To repeat: not everyone involved in the abortion industry is dead set on evil.

But there are plenty who are, having felt the power of bloodlust or becoming gripped in the vice of greed.

As I wrote in June 2019, “The state of New York has now added insanity to bloodlust. Yes, the same state that makes it legal to abort a baby in the womb right until the moment of delivery has deemed it inhumane to declaw cats.”

It is only natural, then, that the overturning of Roe would release a spirit of violence and hatred and vandalism and intimidation.

It will be the spirit of Jezebel, by which I mean that the same demonic spirits that operated through this ancient queen will operate through many today. (For more on this, see my book, Jezebel’s War with America: The Plot to Destroy Our Country and What We Can Do to Turn the Tide.)

It will be the spirit of radical, man-hating feminism, the spirit that inspired groups in the late 1960’s like W.I.T.C.H., the “Women's International Terrorist Conspiracy from Hell.”

It is the same spirit that is inspiring groups like Jane’s Revenge today.

Even the left-leaning Wikipedia describes Jane’s Revenge as “an American far-left terrorist group, which has perpetrated and threatened domestic terror attacks in the name of defending abortion rights. The group has committed acts of firebombing, vandalism, and arson.”

And who or what is this group attacking?

Pregnancy crisis centers (meaning, places where women can go to find an alternative to abortion). Churches (yes, the evil churches!).

As reported on June 15, “According to LifeNews, as many as 59 cases of ‘pro-abortion violence and intimidation’ have been reported since the leak of the Supreme Court draft decision that aims to overturn Roe v. Wade. Catholic Vote has also documented as many as 23 cases of ‘attacks on pregnancy centers and pro-life groups’ in the same time frame.”

And Jane’s Revenge is encouraging others to join them, writing, “Everyone with the urge to paint [as in vandalize a building], to burn, to cut, to jam: now is the time. Go forth and manifest the things you wish to see.”

“Future measures ‘may not come in the form of something so easily cleaned up as fire and graffiti,’ the terrorist group threatens.

As vandals spray painted on a pro-life center in Wisconsin, “If abortion is not safe, you are not safe either.”

In the days ahead, watch for the rise of the witches, casting spells on their pro-life antagonists and muttering curses against people of faith.

Watch for the rise of the roving mobs, with profanity on their lips, with hatred in their hearts, and with violence on their minds.

Watch for the revelation of the spirit of murder that fuels the fires of abortion.

And then remember: these arsonists and protesters and terrorists are doing this because they can no longer terminate the life of their child in the womb. They are furious and violent because they cannot do violence to their own flesh and blood. What kind of madness is this?

Contrast this with the spirit of the pro-life movement, manifest in the annual March for Life in D.C., an event that has been marked by dignity and grace.

And then consider that pro-lifers genuinely believe that babies are being killed in the womb, which could easily provoke violent acts. Yet, over the last 50 years, there have been very few physical attacks on abortion doctors and workers. (To be absolutely clear, one such attack is one too many, and a murderous attack is inexcusable and must be flatly condemned. If you are pro-life, you do not murder someone else.)

So prepare for the worst as it is going to get ugly in the days to come.

May we overcome evil with good. And may the beauty of life prevail over the ugliness of abortion.

OT posted a comment · Jun 26, 2022
Trolls and Bullies Troll comments should also be ignored , for the specific reason that the only goal of a troll is to get you to respond to negative comments. Trolls like to comment on things on pages with the sole purpose of eliciting an emotional reaction from the victim. They revel in being able to get you “riled up” to go in for the kill and the only cure to stop them from commenting is to ignore them altogether.

OT posted a comment · Jun 26, 2022
Crazy’s on all sides of murdering baby’s fire bombing and burning down pregnancy centers

A._catholic posted a comment · Jun 26, 2022
You are fueling the division in this nation, focusing on only one side in the 'ugly'. Like ignoring the truck that plowed into pro-choice protesters. https://www.conservativenewsdaily.net/breaking-news/truck-plows-into-pro-choice-protesters-in-iowa/

OT posted a comment · Jun 26, 2022
Your problem is when you respond , you accuse , add lib, you say things that no one has addressed or said. Spoken of ,you pollute every exchange with your ridiculous rhetoric ! A real drama Queen! You are closer to the definition of reviler than I! Everything I said here you have said on here in some form or fashion, your reference to pu$$y -unnecessary was vulgar. You’ve referred to scripture as”BS” if by me saying I don’t care about what your daughter is attracted to or how she has chosen to live! I don’t care! A fact in statement. Every knee shall bow and every tongue confess that Jesus Christ is Lord. Sorry for the Pi$$ Off comment, in America it means “go away” like bugger off. Yes you triggered me I will confess and NO hug is wanted or needed!

Really now posted a comment · Jun 25, 2022
Oh gosh OT, you sound really angry. Need a hug?? Oh and by the way - You are sounding an awful lot like a ‘reviler’. Do you know what that is?? Well, for one - it’s on ‘God’s’ hit list of those he’ll cast aside. Yup, right alongside those dirty gays like my daughter. Here’s a definition for you - ‘Reviler- someone who speaks abusively or contemptuously to or of another person or thing’. I’d be careful if I were you….

OT posted a comment · Jun 25, 2022
Like I said very narrow! If for no other reason Trump elected Roe is dead . We live in a sick fallen world, yes really now your family the holier than anyone can thumb your nose at God I don’t give a rip do as you like, believe as you like, go do what ever pleases you I don’t care what your daughter is attracted to! No one else is either! Your really need to get over your self-ubsorbed (sp on purpose) coddle mind set ! I’m not interested in anything you have to say! You need help and I know you won’t find it here! You’ve said as much ! I’m so glad you live in another country and your opinion and vote means nothing in the U.S. you act make others responsible for what you did to your daughter ? you argue stupid ideology’s and you are vulgar I don’t care what you do in the queens common wealth! We won independence from tyrannical monarch’s , Justin Trudeau, from the a long line of professional political family the smoozer, placing all the blame and anger on the shoulders of faithful people of the Church’s in Canada. no free speech in Canada! In fact some of what you’ve said is deemed hate speech per Canadian hate speech police! to bad we can’t stop your internet free speech that is vulgar at the border! I hope dr brown kicks you off here Forgive me for this, but you need to Pi$$ Off you are hateful to do what you do only requires a small mind which we know you have! talk about €I’ll $hit

Really now posted a comment · Jun 24, 2022
Yes OT, trump is the true hero here. On one hand saying - ‘grab em by the pu$$y’, and the other hand stacking the court. He obviously cares deeply about women and their health and well-being. And God will be sooooo proud of his servant - ‘who’s the good boyyyyyy??!’

OT posted a comment · Jun 24, 2022
ROE IS DEAD! If for no other reason I thank GOD TRUMP WAS ELECTED PRESIDENT!

Swkh310 posted a comment · Jun 21, 2022
It is probably a win for the GOP, at least in the short term. Americans have a notoriously short memory: even the most controversial event in June is a distant memory in November. My personal hope is that at least some decision is so outrageous that it forces fundamental changes to the construction of the federal judiciary. 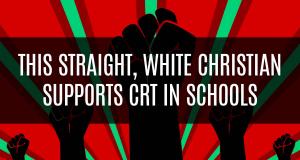