Is the Time of Jacob’s Trouble Past, Future, or Both?

I addressed this important subject in my commentary on Jeremiah, which is due out later this year. Here, I’ll provide a very short summary of what I wrote there.

The concept of “Jacob’s trouble” comes from Jeremiah 30:5-7: “This is what the LORD says: ‘Cries of fear are heard– terror, not peace. Ask and see: Can a man bear children? Then why do I see every strong man with his hands on his stomach like a woman in labor, every face turned deathly pale? How awful that day will be! None will be like it. It will be a time of trouble for Jacob, but he will be saved out of it.’”

Does it refer to Jacob’s (= Israel’s) sufferings at the time of the Babylonian captivity, a major theme in Jeremiah? Does it refer to Israel’s many severe sufferings through history, such as the Holocaust? Or does it point towards an ultimate time of Jewish suffering immediately before the Lord’s return?

There are a number of potential approaches for those of us reading the book of Jeremiah today: (1) Everything refers to the events that unfolded in the prophet’s own day, the 6th century BC, with no reference to any period beyond that; (2) The primary application is to the events that unfolded in the 6th century BC, with the possibility of secondary, future applications; (3) Both the immediate application and the distant-future are equally intended and applicable; (4) There may have been a past period called “Jacob’s trouble,” but the primary application is to various future events (such as the Holocaust); (5) Everything refers to events that are yet to unfold, to a future “tribulation” period called Jacob’s trouble, with no historical application of the text.

The context of the entire book of Jeremiah rules out the possibility of #5 (namely, that Jacob’s trouble refers exclusively to events that are yet to unfold), since an immediate application is demanded by virtually everything that precedes and follows these chapters. In other words, for the prophecy to make any sense to Jeremiah and his listeners, and based on the immediate context (just read Jeremiah 29!), the prophecy of “Jacob’s trouble” had to refer in the first place to the exile of the Jewish people by the Babylonians and the destruction of Jerusalem. All of this took place in Jeremiah’s day.

On the other hand, there are some clear Messianic promises in Jeremiah 30 (see Jer 30:8-10, 17-22) which still have not been fulfilled. There are also references to both Israel and Judah in Jer 30:3-4, meaning, this prophecy cannot refer to Judah alone (remember that it was Judah, not Israel, which was exiled by the Babylonians; the tribes of Israel had already been dispersed by the Assyrians 140 years earlier). This would suggest an immediate application of these verses in the destruction of Jerusalem and its consequent rebuilding in the 6th century BC, with a subsequent application and ultimate fulfillment in the end-time upheaval that will overtake much of the world before the Lord’s return, an upheaval that will surround Israel, and from which Israel will ultimately be saved. So, the first application of the prophecy would be to Judah’s exile and return from exile over 2,500 years ago, but the full application of the text is still future: There will again be traumatic sufferings for Israel, but God will deliver His people!

And yet there’s more. These verses also provide a template in which Israel’s sufferings, at select times in history, can be read. This means that while it would certainly be incorrect to see Jer 30:6-7 as “a prophecy of the Holocaust,” it would be valid on some level to apply these verses to that terrible period in Israel’s history, a period followed by what many would see as the beginning of Israel’s end-time spiritual restoration, marked by the physical reestablishment of the State of Israel in 1948, having been saved out of the decimation of the Holocaust.

Interestingly, a number of prominent rabbinic commentaries read these verses with a dual application. As noted by Rashi (he lived from 1040-1105; Rashi was the foremost traditional Jewish commentator), on Jer 30:5, “Some interpret this as alluding to the tidings of Babylon, from which those exiled there quaked. But the Midrash Aggadah [an older, rabbinic homily] explains it as an allusion to the war of Gog and Magog.” Commenting on the words “that day,” in Jer 30:7, he writes, “The day of the assassination of Belshazzar and the downfall of Babylon. Another explanation: the day of the downfall of Gog.” How fascinating!

So, to sum up, “Jacob’s trouble” refers first to the exile of Judah in Jeremiah’s day – out of which God delivered His people 50-70 years later; it provides a pattern of suffering and deliverance in Jewish history through the centuries; and it refers to the final time of trouble for Israel and Judah in the end of the age. The good news is that this time, there will be a lasting and glorious deliverance. In fact, it is the deliverance from trouble which is the great theme of the text. Let’s not forget the gracious promises of God!

“‘In that day,’ declares the LORD Almighty, ‘I will break the yoke off their necks and will tear off their bonds; no longer will foreigners enslave them. Instead, they will serve the LORD their God and David their king, whom I will raise up for them. So do not fear, O Jacob my servant; do not be dismayed, O Israel,’ declares the LORD. ‘I will surely save you out of a distant place, your descendants from the land of their exile. Jacob will again have peace and security, and no one will make him afraid. I am with you and will save you,’ declares the LORD. ‘Though I completely destroy all the nations among which I scatter you, I will not completely destroy you. I will discipline you but only with justice; I will not let you go entirely unpunished.’” (Jeremiah 30:8-11) 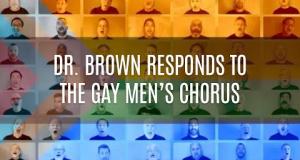